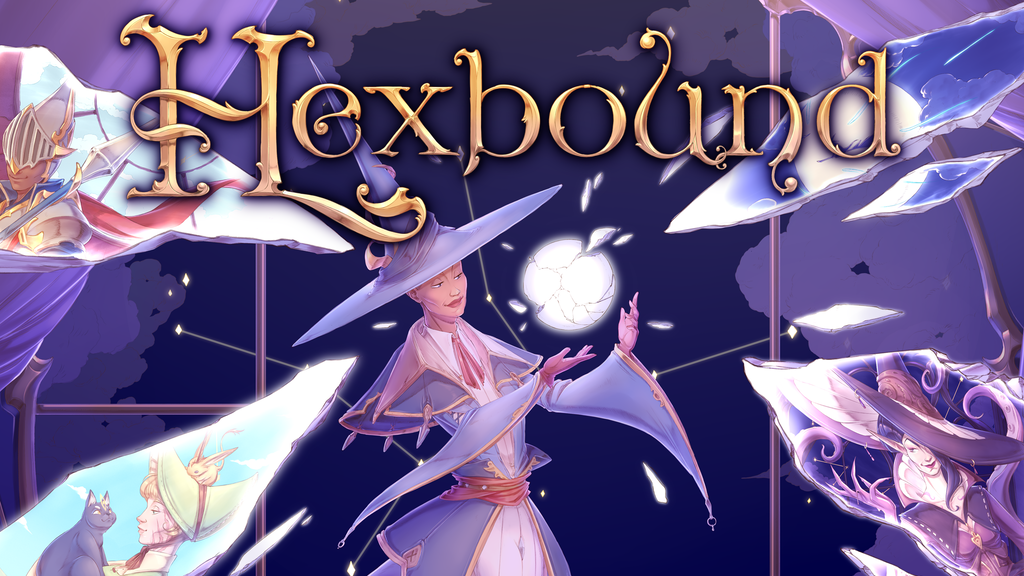 Hexbound: A Witchy Supplement for 5e

Bewitch both Players and GMs alike with this brand new supplement!

Latest Updates from Our Project:

I did not want to send two updates to your inboxes in the same day, but we did completely smash our two stretchgoals in the very first day, so here's the 411 on the Arcane Eye App, our latest attained stretch goal!


So what's the Arcane Eye app?

The Arcane Eye app was designed as a companion app for Hexbound, and it's the first app of its kind! It uses AR technology to track the images in the Hexbound book. What this means is that by simply looking at them through your phone's camera the images will come to life an animate in front of you!

Of course, the app is not just to make images look cool as they move. By tapping on the animated illustration on your phone, you can access all the information about a subclass, a spell, anything! Not only that, but you can also access the stat block of creatures in the book, whether that's enemies or familiars! In that stat block, you can roll for literally anything: saving throws, skill checks, attacks, you name it!

This makes running fights with several enemies a piece of cake, and dynamizes combats like never before. Instead of individually rolling for every attack of 15 minions, just tap on the attack you want a mob to do and you bam! there you have it!


Now for the really important information: how much will this be?

The Arcane Eye will retail for the low low price of free!

As to where in development is the app, I have it on my phone! The app will be available both in iOS and Android, and all the base functionalities have already been coded and are ready to go! Right now we're working on an AR-less mode so that phones that can't run AR can still use it, but depending on the success of the Kickstarter we plan on developing even more features for the app! Some ideas that are in the table are customizable 3D dice (it's 3D, so what if they were made of fire? what if they glowed with Arcane Energy? The sky is the limit!), making your own stat blocks in the app itself to roll for your characters or for homebrew enemies, and even more ideas that we're not quite ready to talk about yet!


And all of this would not have been possible without the incredible show of support that Hexbound received on its very first date. I cannot thank you enough for your support and trust in our project, and I cannot wait to show you what else we've planned

Well, the next stretchgoal is an entire new adventure! This one will be a one shot, and it has been made specifically to allow PCs to choose a witch subclass! Of course, you can run it without choosing any witch class at all (but why would you? they are great!). If we reach it, I'll give more details, but for now I'll give you a hint as to the theme! Take a closer look at that stretch goal scroll; do you see something interesting that is not present in the other scrolls? Hmmm....

Today we'd like to bring to your attention to another project on Kickstarter! It's a plushie of an Owlbear cub!

Come and adopt your own very owlbear cub with the Baby Bestiary's adorable Owlbear Plush!! Not only is it a stuffed companion, perfect to join your adventuring party, but you'll also have a slew of awesome 5e owlbear content, including owlbear focused adventures and subclasses!

And since we hit stretch goals, we're creating two kinds of owlbears; a classic brown owlbear, and an arctic cub! In addition, you can also opt for the deluxe goodies, including an adorable cape, fishy companion, collectors box, and a pewter owlbear mini. Everything you need to start your owlbear adventures!


Have Questions? Reach Out!

As always, you can direct all your questions to our incredibly talented Support Witches! Simply whisper an incantation in the middle of your ritualistic space of choice, or send them an email! kickstarter@hitpointpress.com


And that's all for now! Once again I want to thank every single one of you for your pledges, and I can't wait until we talk again!